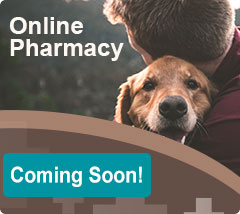 Dr. Christopher Yach, the owner and hospital director, attended the University of Nevada at Reno before graduating from Veterinary School at Colorado State University in 1987.

Dr. Yach moved to Las Vegas, from Stevens Point, Wisconsin (Go Packers!!), at the age of three (just over twenty years ago.). He’s pretty sure his parents had something to do with the move – unless he was kidnapped and brought here by someone else. If so the kidnappers have been great parents! He has 4 siblings – of which he is of course the favorite.

Growing up he spent lots of time mowing the yard, feeding the horses and doing landscaping for his allowance. He has always had an intense interest in animals and their care.

He has a love of surgery, complicated cases and of course any cute puppy or kitten. In addition to his “day job” at West Flamingo, Dr. Yach also cares for the animals at the Shark Reef and the Las Vegas Springs Preserve. So his patients include 10 foot tiger sharks, crocodiles, sting rays, morey eels, rattlesnakes, gila monsters, komodo dragons and even spiders (yuck!)

Dr. Robin Miller is originally from Downers Grove, Illinois and graduated from the University of Illinois in 1985. After Veterinary School she spent a year at a mixed practice on the eastern shore of Maryland.  After that year she spent four years in Chicago before moving to Las Vegas and joining the staff of West Flamingo Animal Hospital in 1990.

Dr. Miller’s special interest is rabbits and she has quite a following of bunny patients.  Dr. Miller enjoys gardening, working out at the gym and traveling. She happily shares her home with her husband, dog, cat, rabbit and fish.

Dr. Sheila Billingsley graduated from the University of New Hampshire and went on to University of Tennessee for Veterinary School where received her doctorate in 1995. She joined the staff of West Flamingo Animal Hospital in 1998.

Dr. “B”, as we like to call her, moved to Las Vegas right after graduating from Veterinary School and worked at a clinic in Henderson before joining our staff. She is originally from New Jersey.

In addition to being a great, overall, small animal veterinarian Dr. B is also a certified Veterinary Acupuncturist. She has many regular acupuncture patients who swear by her ability to move their chi!

Dr. B enjoys any kind of outdoor activity and spends her spare time with her husband of 12 years and her 2 children who are 9 and 6.

Dr. LaShay Haggard is one of those rare people who can say she was born and raised in Las Vegas. She went to Veterinary school at Colorado State University and graduated in 2000. She joined the staff of West Flamingo Animal Hospital in August of 2000.

Dr. Macy has practiced veterinary oncology at West Flamingo Animal Hospital for 16 years. When he isn’t in Las Vegas you can find Dr. Macy at one of the two other hospitals he practices at either Cancer Care Specialist in Anchorage Alaska or Desert Veterinary Specialists in Palm Desert California.

In addition to being a veterinarian Dr. Macy has spent a good portion of his career as a professor at University of Illinois and Colorado State University.

Just to make sure he doesn’t get bored he also lectures around the world on veterinary medicine and veterinary oncology. When asked where he lives Dr. Macy will tell you he is homeless unless you count seat 2A on United Airlines as he travels more than 100,000 miles a year giving lectures around the world. However; when he isn’t traveling he splits his time between Nevada, Colorado, California and Alaska.

Dr. Macy really enjoys the outdoors and his favorite recreational activities include fishing, hunting, and hiking. He is also quite an accomplished chef especially with wild game and fish.

Dr. Macy has two daughters. The oldest is in medical school and the youngest is a senior at Emory University.

Dr. Yach has been named a finalist for Petplan Pet Insurance’s 2014 Vet of the Year! Click here to see the letter Senator Harry Reid sent to Dr. Yach.